A new female contestant who appeared on the hottest TV reality Show Date Rush Season 5 episode 3 by name Khadijah has been exposed by a fan on Twitter for dumping her boyfriend to find love on Date Rush.

According to a Twitter user @Aboa_Banku1, after sighting on Khadijah among the female contestants, he quickly called her alleged boyfriend on phone to prompt him on what is happening.

However, according to alleged Khadijah’s boyfriend they had a little misunderstanding of which they are both trying to solve but after seeing her girl on date rush he has had the biggest shock of his life. He disclosed it to the twitter guy @Aboa_Banku1 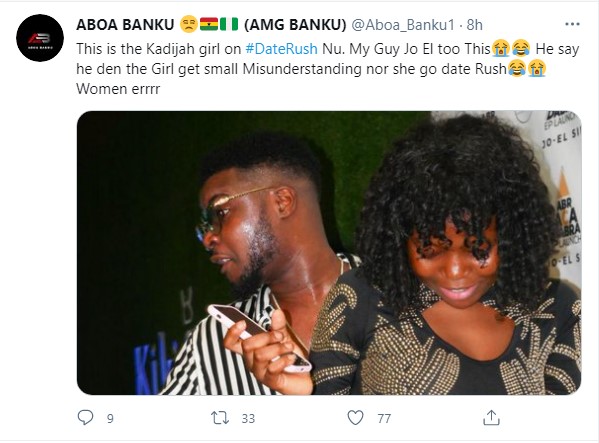 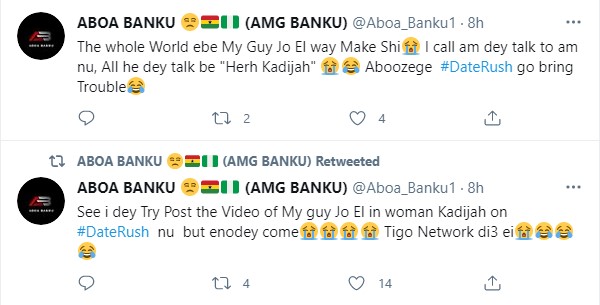 Photo’s and Video of Khadijah and her alleged boyfriend 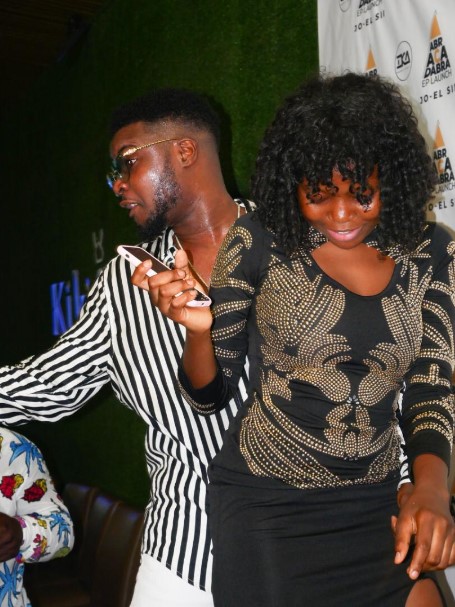 The whole world ebe Jo El wey dey br3 herrh. After singing this beautiful song for the girl, she lef am go #DateRush
The girl say nice voice no dey pay bills, you still no dey fear them??😂😂😂😂 pic.twitter.com/480lyibiIt

Guitarist Slips And Dies in Church Whilst Dancing And Worshipping God

Guitarist Slips And Dies in Church Whilst Dancing And Worshipping God